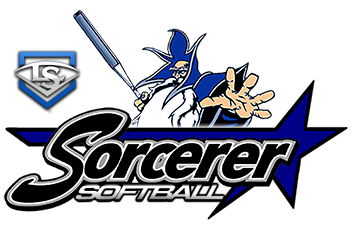 Karen Yoder’s coaching experience spans over 27 years with 20 of them being at the collegiate level (1994 – 2014). The last ten of those years she guided the UC Davis softball program from Division II to NCAA Division I and won a Big West Championship in 2010 along with a NCAA Regional berth at Stanford.
In addition to upholding the program’s long-standing commitment to academic excellence, the 2010 Big West Coach of the Year, recruited 36 players that received All- Conference honors, including 18 first team selections. Two Aggies recruited by Yoder received Big West Pitcher of the Year accolades; another two were named conference Freshman of the Year. Off the field, numerous Aggies have received ESPN The Magazine Academic All-District and/or Big West All-Academic recognition.
Yoder has also served as the head softball coach at Cal State Hayward, UNC-Greensboro, Napa Valley College, and Napa High School. She was an assistant coach at Cal State Hayward and began her coaching career at West Valley College.
At Hayward, Yoder transitioned the Pioneers from Division-II to dual members of Division-III and NAIA setting the stage for a Cal Pac Conference title 1999 and Regional runner up finish to NAIA National Champion finalist Azusa Pacific along with being named Cal Pac Coach of the Year.At Napa Valley College, she reinstated the softball program claiming the 2003 Bay Valley Conference title and back to back regional appearances while earning coach of the year honors.
Yoder’s passion for the game is also evident from her extensive work as a member of numerous committees. In 2012-13 season marked her first as part of the National Fastpitch Coaches Association Diversity Committee. This five-member panel focuses its efforts on reviewing current standards concerning diversity in the NFCA, and the sport, and recommends changes and clarification in NFCA policies and procedures, and for the sport in general, relating to diversity.
Yoder was among a select group of coaches from across the nation invited to attend Dimension II of the NCAA Women’s Coaches Academy in Chicago, Ill, in 2011. This took place just one year after she was chosen as the NFCA’s Division I All-America Committee Chairperson (serving a second term as the organization’s Pacific Region representative), elected as a member of the NFCA Ethics Committee and head coach representative for UC Davis’ Title IX Athletic Administrative Advisory Committee.
In 2008, she was also invited to participate in the NCAA’s Women’s Coaches Academy Dimension I– designed for female coaches who are ready and willing to increase their individual effectiveness by learning advanced skills and strategies that directly affect their personal and team success.
In 2015 Yoder decided to refocus her passion for athletics into administration, becoming the Athletics Director for Calistoga Junior/Senior High School. She also served as the Coastal Mountain Conference NCL III President, NCS Athletics Director Board member, and North Valley League Treasurer and Secretary. In that same year, the former coach added the distinction of Certified Title IX Coordinator & Administrator with the Association of Title IX Administrators (ATIXA). She then completed her certification as a Certified Athletic Administrator (CAA) with the NIAAA in Phoenix in 2017. Yoder has continued to expand her certifications adding the distinction of Title IX Compliance & Athletic Coordinator, Civil Rights Investigator Level One, and Level Three respectfully with ATIXA in 2018 and 2019.
As a collegiate player, Yoder lettered three years as a catcher and designated player at New Mexico from 1992 to 1994. She previously played at West Valley College in 1991, where she was selected as NorCal Catcher of the Year. In 1992 she earned All-American honors as a catcher at the ASA national tournament in Salem, Oregon.
After her collegiate career, Yoder played two years in the Women’s Professional Fastpitch League as a member of the Georgia Pride (1997) and the Durham Dragons (1998). Her experience and versatility awarded her the opportunity to play three different positions in the WPF as a Catcher, Outfielder, and DP.
Live Oak High School recognized her achievements by inducting her to their Hall of Fame as Karen Lee Matteson (maiden) for being an outstanding, three-sport athlete in Field Hockey, Soccer, and Softball.
Yoder earned her BS in Kinesiology/Administrative Perspectives from Cal State Hayward in 1996 and added a MS degree in that field in 1999. She also holds a California Teaching Credential in the subject of Physical Education/APE and serves as the Director of Athletics and Physical Education at California State University Maritime Academy in Vallejo, CA.