Sorcerer was founded by the late, beloved Phil Mumma, who put a distinguished playing and coaching career topping 40 years into his vision for an academy in the late 1990s, in partnership with pitching instructor Delmar Himango. Before his untimely passing in September of 2013, the Sorcerers put hundreds of players into the college ranks at every level and through to the Olympic Games – the most well-known athlete is arguably Michelle Gascoigne, who pitched Oklahoma to the 2013 NCAA title and currently plays in the National Pro Fastpitch League with the Chicago Bandits.

The Legendary Sorcerer Gold Head Coach was one of the top club softball coaches over the last decade and was the first to put Northern California softball in the national softball spotlight. His Sorcerer teams captured the 2002, 2003 and 2009 ASA 18 Gold National Championships, the Bay Area’s first national titles in the age group. Sorcerer was also the first team to win back-to-back titles in the 18s in decades.

Today NorCal softball teams are competing and making noise at nearly every major national softball tournament in the country. 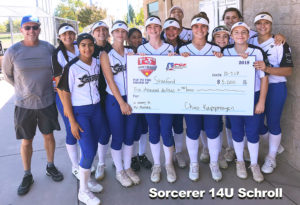 Thank you all for helping to keep Phil’s spirit alive in the sport he loved so much. 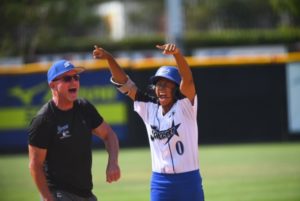